As a much-loved tool by individuals and businesses alike, Facebook has delivered a unique

opportunity to reach and engage with fans online.  While FB started as a social network to connect with friends, Facebook Fanpages quickly became an excellent way for businesses to engage with fans.  In fact 52% of marketers have generated a lead from Facebook in 2013.

For several years now Fanpages have afforded businesses a virtually free opportunity (other than the human capital costs) to connect with fans online.  Facebook also offers advertising opportunities but this post is focusing on the Facebook promotion with the use of Facebook Fanpages.

Did you know Canada is THE country with the most active Facebook users?  Now that should be reason enough to pay attention to Facebook.

Facebook Fanpages have evolved overtime – rolling out more and more features to Fanpages.  Insights are an excellent FB feature that shows you details about your fans and detailing how and what your fans engage with.  If you watch your page insights you may have noticed a decline in your user views and engagement. 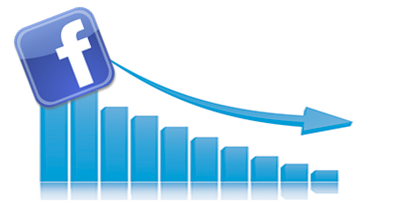 About a year ago major brands began complaining that their engagement was down and Facebook denied this claim.  But earlier this year Facebook has changed their tune – admitting that major brands should consider paid distribution to maximize effectiveness of their message.

Facebook claims that because more people are sharing more content your organic reach doesn’t have the same impact, let’s look at the numbers.  April 23, 2012 Facebook stated that pages originally reach 16% of their fans on average.

In December 2013 Facebook’s algorithm changed and average decline in reach was thought to be 44% for some brands, but other brands claimed as much as an 88% decline.  Say you had 500 fans, reaching only 16% of them seemed dismal enough, as it translates to reaching only 80 fans in 2012, but given recent changes you’d see that number fall to 45 people or on the low end a mere 18 people.

So what to do if your Facebook reach and engagement are down?  Well let’s not throw the baby out with the bath water.  You may still want to keep facebook as a part of your online marketing mix, but review your insights and understand what you are reaping for the efforts you are investing.  As the old adage says – don’t put all your eggs in one basket.  Ensure Facebook is a part of a well rounded online strategy.

Ready to learn more about using Facebook for your marketing?  I have put together two free resouces.

This FREE & UP-TO-DATE 2014 GUIDE will give you over 20actionable items to enhance your Facebook Fanpage.

I have also compiled a social media cheat sheet provding all the details you need to size cover images for: Facebook, Twitter, LinkedIn and Google+

Popular How To Posts

LinkedIn Tips – profile in another language

Wonder how your website's SEO measures up?